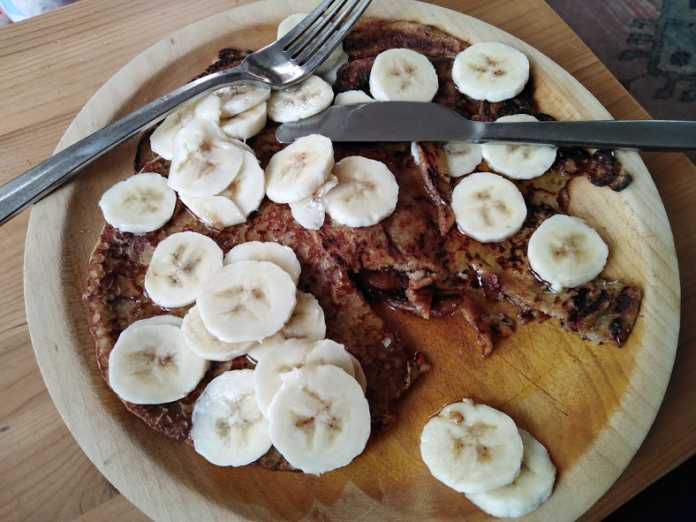 When you catch yourself singing John Lennon’s ‘Beautiful Boy’ to your sourdough culture when giving it its morning feed, you know you are turning into a bit of a fermented foods geek… I havn’t gone so far as to actually give it a name yet, but it’s certainly developing its own unique personality as it grows and matures, bubbling away in its jar and giving off a very distinct and pleasant aroma that reminds me of autumn orchards and the finest calvados brandy. I started this particular culture about six weeks ago – my second attempt, as I managed to kill my last one.  I actually did manage to keep it going for about 5 months, but forgot to put it in the fridge when I went away from home for a few days during the summer – Alas it succumbed to some rather unpleasant looking moulds that left it fit only for the compost bin (so I guess I didn’t actually kill it as it did continue to live on, providing food and nutrients to other bacteria, yeasts and micro organisms, all be it a bunch of strains and species that might not be compatible with a healthy human diet…)

There are no end of recipes and instructions for creating a sourdough starter – my first combined instructions from Edward Espe’s ‘Tasajara Bread Book’ and ‘Wild Fermentation’ by Sandor Katz. These are both fairly straightforward, but still involve a certain amount of faff, and this kind of put me off trying again for a while after Version 1 was assigned to the compost bin. Then I came across permaculture illustrator Brenna Quinlan’s beautiful hand drawn Sourdough infographic from the Permaculture Principles website, which just had to go on my kitchen wall. And more to the point, her method was so simple I was inspired to have another go…

So, yeah, following these instructions (if you can even call them that…) I simply mixed a cup of whole meal flour with a cup of water, added in a couple of prunes and rehydrated dried apricots that I had just strained off of a brew of water kefir to add ferment-friendly microbes and kick-start the process and left the mixture in a Kilner jar on the kitchen side.

Within a few days the starter was fermenting and bubbling away nicely, and soon I was back in the routine of regularly feeding it, and baking the most wonderful loaves of bread a couple of times a week.

However, to keep the process going efficiently involves discarding quite a bit of the starter every time you feed it, so to avoid wasting this wonderful by-product I’ve started experimenting with ways of using it in other dishes. The odd tablespoon full of raw sourdough might end up added to a breakfast smoothie, and I’m also thinking about trying sourdough pizza. But my big favourite right now is sourdough pancakes, which are incredibly simple to make and can easily be adapted to whatever you fancy or have lying about. This is the ‘recipe’ I used today – it might well be different tomorrow! In this version I have used ingredients which (in theory at least) can be grown in the UK, travelling less ‘food miles’ and with a lower potential carbon footprint than imported crops. But if you don’t happen to have oat milk any other plant based milk is fine.

Thoroughly mix the flours, milled linseed and sourdough starter together in a bowl with just enough oat milk to form a batter with a consistency that is neither too stiff nor runny. This is a matter of trial and error – aim for something like a thick milkshake. Leave batter to stand for half and hour or so while you go and do something else. When you return, heat just a little vegetable oil in a solid metal frying pan until it is smoking hot. If you’ve added too much oil you may need to pour a little off. Cook your pancakes one at a time by ladling about a cupful of batter into the pan, not too much or else your pancake will either be too thick and potentially uncooked in the middle, or too wide to be able to easily turn it over – about 4 inches diameter should be ideal. Tilt the pan to move the mixture around for a thin and even layer – this is when you will discover whether your batter is too stiff or runny. If the former add a little more milk to the mix (just a splash at a time), if the latter stir in a little more flour.  Leave the pancake to cook, undisturbed, for about 30 seconds or so. The pancake should turn golden brown underneath, then turn over with a fish-slice or spatula until the other side is also golden brown before turning out onto the serving plate. Serve with fresh fruit such as raspberries, blueberries or slices of banana, lemon juice and maple syrup.

Spiralseed will be running more Permaculture and Fermented Foods workshops and courses in 2020 – keep an eye on our Courses Page or subscribe to our newsletter to be kept up to date!

When you catch yourself singing John Lennon’s ‘Beautiful Boy’ to your sourdough culture when giving it its morning feed, you know you are turning into a bit of a fermented foods geek… I havn’t gone so far as to actually … Continue reading →
The post Vegan Sourdough Pancakes appeared first on Spiralseed.Read MoreSpiralseed

How to Freeze Fresh Produce

Secure your home with these smart gadgets: cameras, sensors, and more