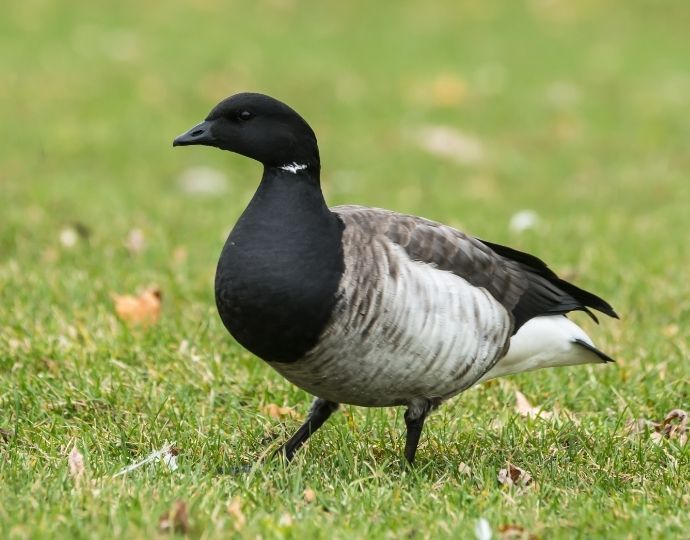 The birds of Europe include around 700 different species, but there are only 10 endemic species of European birds that you won’t see anywhere else in the world.

There are six other European birds which could possibly be classified as unique endemic species by taxonomists in the future.

A Guide to Endemic European Birds

This small European songbird, which was named after the Italian word for a small yellow bird, is closely related to the European goldfinch.

It measures around 4.7 inches long, with a greenish yellow face and belly offset by a grey and brown-tinged back with black streaks.

They can often be found in subalpine coniferous forests (where they nest in pine and spruce trees) and alpine meadows in Northern Spain, Southern France, the Alps, Corsica, and Sardinia.

A member of the pheasant family, the Caucasian Snowcock measures 20-24” long, with grey, brown, black, and white patterned plumage that looks fairly plain from a distance.

Up close you can see the ruddy flanks, rust-colored neck, and white throat and neck patches.

They’re endemic to the Caucasus Mountains between Azerbaijan, Georgia, and Russia, where they breed at altitudes ranging from 6,500 to 13,000 feet.

Their calls are full of character, from loud cackles to a desolate song that sounds like it’s saying sooo-looo-leeee.

Endemic to the exotic island of Corsica, this small passerine bird is found only in mature stands of Corsican pine, which grow at altitudes of 2,600 to 5,200 feet.

They usually nest in self-excavated holes in dead and decaying trees, feeding on seeds and small insects.

The species is classified as Vulnerable by the IUCN, primarily due to predation by Great Spotted Woodpeckers.

READ MORE: 21 Incredible Animals that live in the Amazon Rainforest

Once classified among the 50+ species in the Parus genus, the European Crested Tit is now recognized by the American and British Ornithologists Union as a distinct genus all its own.

It’s named for its key identifying trait– an erectile crest that looks a well-coiffed grey, black, and white faux-hawk.

It also boasts a distinctive u-shaped eye marking and a black/white ringed collar.

They’re common in the coniferous forests of central and northern Europe, as well as deciduous woodlands in France and the Iberian Peninsula.

READ MORE: Galapagos Birds: 25 Spectacular Species You Can See on a Galapagos Cruise

Named after Italian naturalist Alberto della Marmora, this small passerine bird’s genus comes from the Latin words for a woodland sprite from Sardinia.

Which makes sense because they’re usually found on the Mediterranean islands of Corsica and Sardinia, only occasionally migrating to northern and western Europe.

They’re often seen in open country, where they nest in thorny bushes and heather and feed on insects.

Found in the pine forests of northwest Europe and western Russia, this small passerine bird from the finch family is fairly difficult to identify due to its similarities to the Red and Scottish Crossbills.

Males tend to be red or orange, while females are green or yellow. But the plumage is relatively the same between all three species.

Measuring 6.3 to 7.1 inches long, with an 11-12 inch wingspan, the Parrot Crossbill is slightly larger, with a bigger head and thicker bill than its relatives.

The bird’s most distinguishing feature is its deep, hard call, which sound like a “choop.”

This gorgeous game bird from the pheasant family is also known as the French partridge, in order to distinguish it from the Grey (or English) partridge.

It’s found naturally in France, Iberia, and northwest Italy, but has also been introduced for hunting purposes in England and Wales.

They generally prefer dry lowlands, where they lay eggs in ground nests.

Very similar in appearance to the Chukar partridge of the Eurasian uplands, this game bird is found in semi-arid zones in the Balkan countries and Italy.

They tend to breed in dry, open, hill areas, feeding on seeds and insects and nesting in scantily lined ground scrapes.

The sharply defined black gorget makes it easily distinguishable from its Red-legged cousin.

But it is similarly plump, with white face, light brown back, grey breast, buff belly, and rust-streaked flanks.

READ MORE: Animals in Kenya: A Guide to 40 Species of Kenyan Wildlife

As mentioned above, the Scottish Crossbill is quite often confused with its more common relative, Loxia pytyopsittacus.

But this bird is exclusively found in the Caledonian forests of the Scottish Highlands, and it’s the only vertebrate that is unique to the United Kingdom.

Research by The Royal Society for the Protection of Birds found that the best way to identify them from other crossbill species is their distinctive call, which sounds like a metallic jip.

READ MORE: 35 Beautiful Birds of Hawaii and the Polynesian Triangle

Also known as the Iberian Imperial Eagle or Adalbert’s Eagle (after a Bavarian prince), this is the world’s most endangered European bird of prey.

Found primarily in Spain (and, to a much lesser extent, Portugal), the bird was critically endangered in the 1960s, when its population had been decimated by habitat loss, collision with power lines, and loss of prey.

Thanks to conservation efforts they’re now listed as Vulnerable by the IUCN, with an annual population increase of around 7%.

Original content owned & copyrighted by Green Global Travel.
The birds of Europe include around 700 different species, but there are only 10 endemic species of European birds that you won’t see anywhere else in the world.  There are six other European birds which could possibly be classified as unique endemic species by taxonomists in the future. These include the Balearic Warbler (found in Keep Reading
The post Beautiful European Birds: A Guide to 10 Endemic Species appeared first on Green Global Travel.Read MoreEcotourism & Green Living Blog, Europe, Wildlife ConservationGreen Global Travel

How a Sustainability Manager Can Benefit Your Business

Green and good: 8 urban farmers creating jobs that leave no one behind

6 Critical Questions to Ask About a Solar Battery System

Could The Energy Crisis Power A Renewable Future For The Indoor Farming Industry?

The Environmental Problem With Tourism (And How to Fix It)