Plant-Based Diet: What You Eat vs. How Your Food Affects the Planet 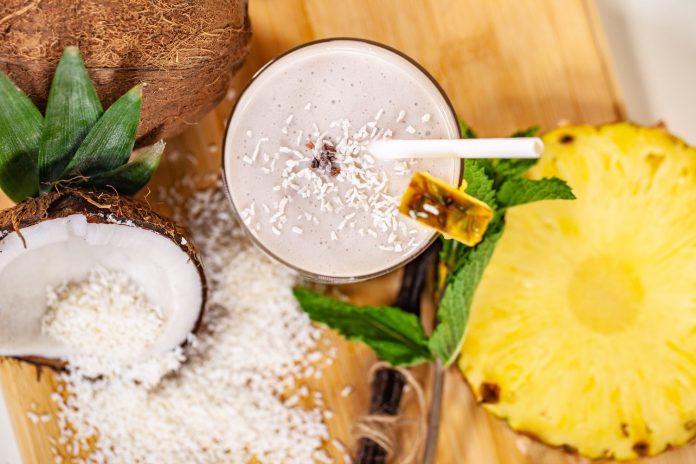 It’s 2021, and just about everyone is familiar with the concept of veganism. Some people have chosen a plant-based diet for health reasons, while others choose it in support of ethics for animals.

Regardless of why a person chooses to become plant-based, the impact their diet has on the planet is undeniably profound. Whether they’re aware of it or not, people adhering to plant-based diets are slowly changing the world for good.

“A vegan diet is probably the single biggest way to reduce your impact on planet Earth, not just greenhouse gases, but global acidification, eutrophication, land use and water use.”

In 2019, prominent scientific researchers released a report that analysed the relationship between plant-based diets, the planet, and general human health.

The results were conclusive. Planet-based diets reduce a person’s carbon footprint by 73% and come alongside a plethora of other environmentally beneficial outcomes. Today, we’re going to dig into plants and how it’s potentially the key to transforming our planet for the better.

What Does A Plant-Based Diet Look Like – And How Does It Differ From Veganism?

A plant-based diet (sometimes called a plant-forward diet) puts plants at the centre of food consumption. It doesn’t necessarily mean that no animal by-products are included. But rather, that plants remain the focus and foundation of all meals.

While this may be confusing to some, a plant-based diet is not the same as a vegan diet. Veganism strictly disallows the consumption of any animal products. Plant-based diets are defined as proportionately consuming more plants or plant-based products than anything else.

That includes a wide range of fruits, vegetables, oils, legumes, seeds, nuts, grains, beans, and even kelp. In 2021, there is a constant stream of meat, dairy and egg substitutes that can make a plant-based diet even richer and more diverse.

The aim of a plant-based diet over a vegan diet is to gradually increase a person’s familiarity with plant consumption. Providing them with insight into how easy and delicious it really can be.

Over time, the goal is that plants are such a staple part of our diets, that abandoning animal products altogether no longer seems like such a challenge. If veganism is the destination, plant-based diets are the gateway.

How Do Plant-Based Diets Affect The Planet?

So, why is there such a push for plant-based diets to become the norm? Well, the state of our planet begs for imminent, drastic change—and plants over animals could be the catalyst we need to see that change become actualised.

Let’s take a closer look at the environmental shifts that could take place if the world was predominantly plant-based:

Approximately 70% of available freshwater goes towards livestock and agriculture. This makes meat and dairy products the largest consumers of freshwater on the planet.

It takes 1,800 gallons (or about 100 showers) of drinking water to produce just one pound of beef. While the average meat-eater uses up 5,000 liters of water every day, plant-based eaters use up only 1,000-2,000 liters per day. That’s less than half!

Farmed livestock produces 14.5% of all man-made greenhouse gas emissions. To help put this percentage into perspective, that means farmed livestock produces more emissions than cars, aircraft, trains, and ships combined. Even if you know how to breathe like a yoga pro, these emissions are still going into your lungs. This means the earth is absorbing them too, as are the trees and plants around you.

We could decrease the world’s man made greenhouse gas emissions by a staggering 70% if we all ate plant-based diets by 2050. This dramatic reduction would also result in saving $6.5 billion.

Currently, the amount of land we use to rear livestock for consumption accounts for 40% of our available ice-free landmass. As the human population grows, we should be looking for ways to decrease our occupation of land. Particularly when that land isn’t used sustainably.

A study from 2017 advocates that if Americans substituted beef for beans, we could use up to 42% less land mass than we currently are.

If we used our croplands more wisely, we could provide the space necessary to end world hunger completely. With over 925 million malnourished people around the world, we can no longer afford to waste land on high-consumptive livestock when it could be used to grow larger quantities of low-consumptive crops.

While two-thirds of maize, barley, soybeans, and grains are being used to feed livestock, 9.9% of the human population is deprived of sufficient nourishment.

If we focused our resources and energy on feeding people instead of animals, we could increase the world’s food supply by 70%—which would be enough to feed a surplus of 4 billion people.

Poor diets overtake tobacco as the leading cause of death in the world. Cardiovascular disease is the number one killer on the planet, accounting for over 17 million deaths per year.

Plant-based diets either eliminate or drastically reduce the consumption of carcinogenic meats, allowing bodies that are susceptible to heart disease, type 2 diabetes, strokes, obesity, and some forms of cancer an opportunity to avoid death.

In fact, if the whole world switched to a diverse plant-based diet, we could save the lives of 8.1 million deaths every year. In addition to saving lives, a global plant-based diet would result in saving between $700 and 1000 billion each year in the form of healthcare bills.

Never Too Soon To Go Green

When you look closely at the plant-based diet, the positive environmental impacts it could bring are unquestionable. At this point in history, we can no longer afford to treat the world as a finite cornucopia of resources. The reality is, we’ve already caused too much damage to look away.

If things do not change soon, profound global issues like starvation, water scarcity and greenhouse gas emissions will not go away. They will only become harder to defeat.

Sea Going Green is a sustainable tourism consultancy focused on measuring and analyzing environmental footprints of our clients in the marine tourism industry.


Want to know how much emissions you could save by incorporating a plant-based diet into your menu? Talk with us.

Explore how what you eat affects the planet, and what you can do to change
it. Adopting a plant-based lifestyle is a great place to start.

Long Read: How Innovative Design Can Help Save Our Oceans

23 Indigenous American Food Activists, Educators, And Other Figures To Know